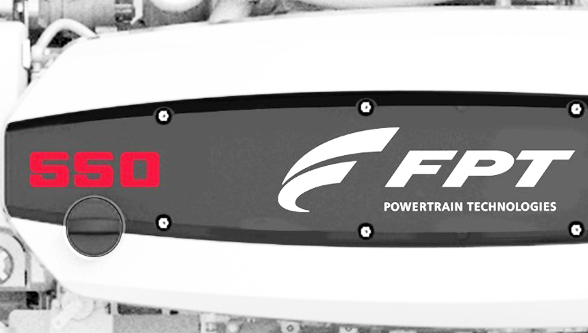 The Bay of Cannes will receive more than 50,000 people for the 42nd edition of the Cannes Yachting Festival to be held from September 10 to September 15, 2019  . French and international visitors will have the chance to see FPT Industrial latest marine engines for commercial and leisure applications.

FPT Industrial’s complete marine portfolio ranges from 85 hp to 1,000 hp and the brand has advanced its products to offer customers superior advantages. At its stand (Palais 053), FPT is displaying three of its leading marine engines. 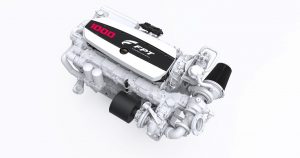 In 2018, C16 1000, with a specific racing configuration, was recognised by the Guinness World Record for the fastest diesel powerboat, which reached 277.5 km/h. The six-cylinder in-line engine provides top performance for long range leisure and light commercial boats and compactness of a 13-liter engine, but with the durability of a 16-liter one. The C16 1000 hp has the best durability – around 25 per cent more than its competitors’ average – while the power (63 hp/lt), the torque (220 Nm/lt) and the lightness (0.59 hp/kg) are among the best in the light commercial segment. 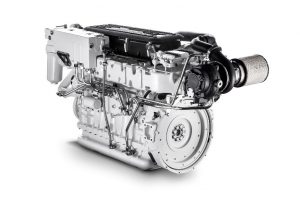 The C90 650 EVO has effected many improvements compared to its previous version. Now, it has higher maximum torque, faster transient response for better planing, fuel consumption reduction, and new components and layout for longer durability and easy maintenance. With a displacement of 8.7 litres, it has the latest generation Common Rail, an architecture of six cylinders in-line and can deliver a maximum power of 650 hp at 2,530 rpm. The engine is also focused on low environmental impact, with reduced noise, vibrations and exhaust  gas emissions. 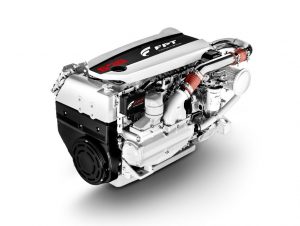 This engine has also garnered prizes for FPT Industrial in prestigious European competitions, such as the Cowes-Torquay-Cowes in 2008 and the Cork-Fastnet-Cork route in 2018. Combining high performance with a lightweight and compact design, this 6.7-liter engine delivers 570 hp at 3,000 rpm, with maximum torque of 1,551 Nm at 2,000 rpm, ensuring top performance for fast and light planing boats. The use of advanced technologies ensures reliability and compliance to the most stringent environmental certifications for the    marine sector.

The most significant models from FPT Industrial leisure engines series can now be ordered with optional stylised top covers designed by the CNH Industrial Design Centre. The white top covers labled with FPT’s logo and the engine’s maximum power output are made of walkable antiskid fibreglass to protect the engine, preserving its upper side and ensuring more durability.