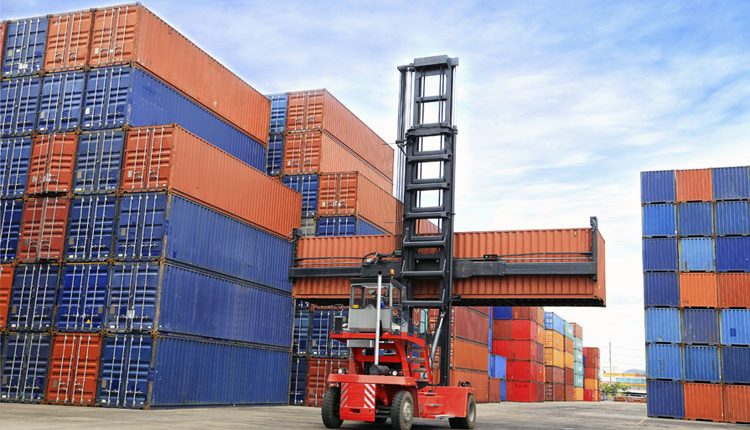 According to a recent government report, the Indian automated material handling (AMH) market was valued at USD 1353.8 million in 2020 and is expected to go up to USD 2739.34 million by 2026 at a CAGR of 12.7 per cent. A rise in the infrastructure investment by the state and investments from industries, along with the ‘Make in India’ initiative, is expected to drive AMH systems’ demand.

The government of India aims to increase the manufacturing sector’s share in the gross domestic product (GDP) to 25 per cent by 2022, from 17 per cent in 2018. This effectively means that manufacturers will have to incorporate Industry 4.0 and other digital technologies to achieve the target. Moreover, the Indian product consumption pattern is also changing at a kaleidoscopic rate.

The burgeoning middle-class population is also expected to boost the need and demand for sortation systems to cater to the rising demand across the retail sector.

It is envisaged that the Indian market will become one of the world’s largest aviation markets by 2026, enabling India’s airports to be future-ready. Additionally, the Civil Aviation Minister recently stated that India planned to construct 100 new airports with an investment of USD 60 billion in the next 10-15 years to make air travel more affordable. These are the factors which are expected to boost the demand for AMH equipment further in the country.

Moreover, the Indian automotive end-user industry, which deals with a high volume of materials and has a high throughput ratio, is also expected to opt for AMH systems. In a recent statement, the Airport Authority of India said that passenger traffic is expected to increase to 322 million with considerable investments in airport infrastructure. India’s domestic air transport is expected to grow by four to six times.

BYD India, a subsidiary of the BYD Group, announced in December 2019, that it has forayed into the material handling equipment business in the country, making it the only Indian company offering MHE products with lithium-ion phosphate battery in the country. BYD’s basic focus is on 3PL (third party logistics), warehousing, and logistics companies.

The Indian warehousing and logistics sector, according to the head of BYD India MHE business, is anticipated to attract nearly USD 10 billion investment over the next few years. The technical advancement and process optimisation of the warehousing industry is the key driver behind the growth of logistics sector. The company has set up its India head office in Chennai. 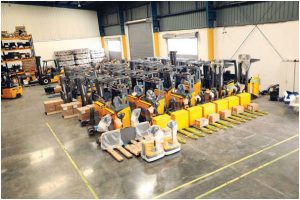 However, together with GST, many other trends guided the industry from being fragmented and unorganised to consolidation towards more significant organised players. The desire to have asset-light concepts has created a business opportunity for held FLT rental businesses in India, which should offer an end-to-end solution.

Of late, the warehousing property segment is turning into a major investment opportunity for investors. Unfortunately, the COVID-19 shutdown last year led to a slowdown in the warehousing industry with both investment activity and occupier leasing being slow in Q1 2020. Business in the first quarter was so poor that only one investment deal worth USD 54 million was struck.

As we already know that economists across the globe had forecast India’s GDP growth would slow down considerably in 2020 due to the COVID-19 lockdown, which it did, affecting businesses of almost all players and shrinking their aggregate demand for warehouses. But the situation of the warehousing industry is not as challenging as it appears, which would negatively affect the automated material handling market as most of the warehouses are equipped with them.

The India automated material handling (AMH) market is quite competitive. It consists of a number of individual players such as Daifuku India Private Limited, Godrej Consoveyo Logistics Automation Ltd, Kardex India Storage Solutions Private Limited, Armstrong Ltd., which is a moderately fragmented market. The organisations in the market are expanding their presence by introducing new products or entering into strategic mergers or acquisitions.

The pandemic gave a new meaning to disruption given the scale and scope of the global shutdown of supply chains. Previous supply chain disruptions were typically regionalised and time-limited: When a hurricane threatens to hit the Atlantic coast, manufacturers and distributors in the Carolinas may not be able to forecast the damage from the storm, but they can predict more or less when they’ll be hit and know that if they’re still standing after the storm passes, how long it’ll take to get back up and running.

According to the 2021 Deloitte “Global Resilience Report”, nearly two-thirds (62 per cent) of the supply chain leaders surveyed believe similar large-scale disruptions are likely to occur in the future, yet only 30 per cent of respondents believe their organisations can adapt and pivot to disruptions, and only 34 per cent feel prepared to lead their organisations through those events.

Forty-nine percent of respondents (49 per cent) said they are accelerating spending in the 11 digital technologies tracked by Deloitte to position their operations to be more responsive in the future. But it gets better: 45 per cent plan to invest at least $1 million in the next two years, and 12 per cent of that group plans to invest more than $10 million.

One of the key findings of Deloitte’s report is that respondents believe investments in digital technologies and innovation will permit them to respond faster and effectively to immediate challenges from a disruption; recover faster than their peers; and, as a result, create a competitive advantage in the market.

All said and done, fact is that even automated material handling facilities are managed and run by people who must be up to the challenges.