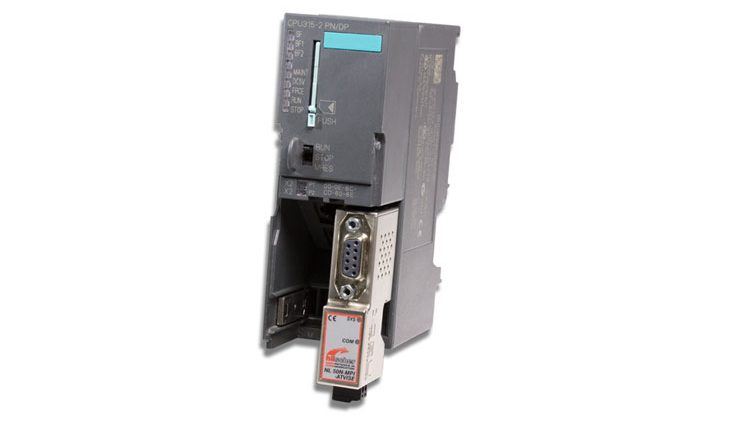 When it comes to servicing and maintaining a production system, speed is of primary importance. For this reason, an American manufacturer of equipment for concrete pipe production wanted to add remote maintenance capability to three systems at one of its customer. But in order to be able to monitor the local data stream all the way down to PLC level, a major communications obstacle needed to be removed. Fortunately, a German specialist for industrial automation technologies – Hilscher has a solution that was ready out of the box.

HawkeyePedershaab is a world leader in the market of machines for the production of concrete pipes. The company is headquartered in St. Mediapolis, Iowa. It was founded in 1919 as a production facility for concrete pipes and has developed since into a globally active provider of complete production systems. Presently, there are thousands of production companies in more than 100 countries relying on systems originating from Iowa.

In 2011, HawkeyePedershaab installed three fully automatic production systems at a concrete factory in the province of Quebec in Canada. One of them is used for the production of concrete pipes, the others serve to produce the required steel reinforcement.

For process automation of its systems, HawkeyePedershaab has opted for the Siemens process control system SIMATIC S7®. The communications infrastructure at field level is based upon PROFIBUS DP and the PROFIsafe protocol.

Safety at a high level

An equipment to produce concrete components represents an assembly of impressive dimensions and handles products weighing several tons. This means, safety aspects play a vital role in order to protect both the equipment itself and the workers operating it.

For this reason, HawkeyePedershaab uses additional IM151 7F safety PLCs, which are positioned between the individual S7 PLCs and several distributed Siemens ER200 S I/O units used for each equipment. Besides other purposes, they serve to comply to local safety regulations imposed by Canadian legislation.

But HawkeyePedershaab wanted to go even one vital step further: “We wanted to take care of errors in the safety networks and be able to configure the system directly from our headquarters in Med, Iowa”,Fehr describes the situation. But he also mentions the problem he was confronted with: “The IM151 7F modules do not feature any Ethernet terminals.”

The solution is called netLINK (model NL50-MPI) and was provided by HawkeyePedershaab technology partner Hilscher. The Germany based  company is specialized in communications solutions for factory and process automation and operates its own subsidiary in the India.

NetLINK is an intelligent gateway in the form factor of a data bus plug, which can be plugged directly into the S7 PLC. It is based upon the versatile netX chip from Hilscher and is able to read practically any industrial communications protocol and translate it into any other protocol. Power supply is accomplished either directly via the terminal of the device it is connected to or via a separate 24 VDC connection. Hilscher offers model for a wide variety of different applications. The model NL50-MPI is a MPD/DP/PPI converter which is designed especially for the use in combination with SIMATIC S7®.

“The Hilscher netLINK proved to be the perfect solution. It allows us to reach the factory via the Internet and access the IM151 modules via their individual MPI terminals without having to obtain costly S7 Ethernet CP components from Siemens”, Fehr commented on the solution.

Due to the netLINK, the complete information flow of the automation system of a production facility becomes fully transparent and is available via a conventional Ethernet network. Where Ethernet is available, Internet and VPN also represent no problem. It was therefore rather simple for HawkeyePedershaab to realize the desired remote maintenance for its machines located in Canada.

In case of any problem on site, HawkeyePedershaab service technicians are now able to “have a look into the system” directly from the Iowa headquarters of the company. This allows advance analysis of problems before any technician is sent to the company to take care of it. In addition, routine management functions, such as software updates or troubleshooting, can be accomplished over any distance.

“If access to a machine is required, its MPI terminal only needs to be connected to one of the netLINKs. It only uses one IP address, which makes it easier than using three separate netLINKs, for we do not have to worry about assigning IP addresses”, Fehr explains the procedure and adds: “Since we are dealing with a safety issue, we need to be extremely careful. However, the netLINK lives up to our requirement 100 percent, making it rather easy for us to download and upload data in order to solve problems – just as if the machine would be located right here at our premises.”

By now, the remote maintenance solution of the three machines HawkeyePedershaab installed in Quebec is live and running for more than two years and works without any problems. Sometimes the key to a solution is simply the right translator to overcome communications problems and add the functionality to a manufacturing system that will save costs at a considerable level, by eliminating the need to send a service technician on site.

HawkeyePedershaab is fully satisfied with their new solution, which seamlessly integrates with its SIEMENS SIMATIC S7 process automation environment. That’s why the company already plans to extend this time and cost saving remote maintenance system to additional manufacturing locations.

From motor control to system monitoring by Hilscher

Air pollution control equipment market to grow in leaps and… 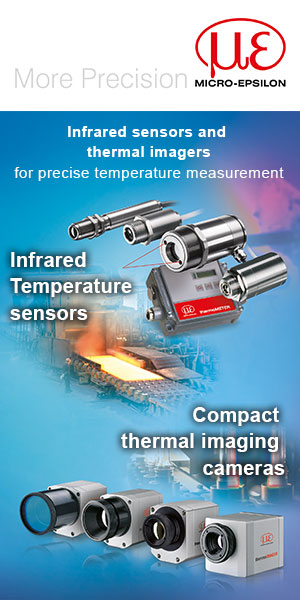