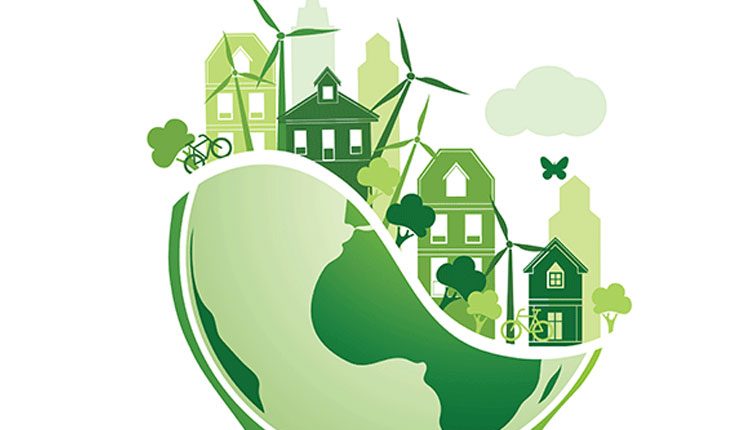 With rising concerns around global warming, countries around the world are forced to adopt green and sustainable energy resources. After joining the Paris agreement, nations are further committed to reduce carbon footprints and are taking various initiatives to curb emissions. Countries have set targets to reduce their carbon footprints significantly by 2030. India is one of the big economies that is working seriously towards the goals set in the Paris Agreement. Public facilities are being fitted with solar panels, fossil fuel and coal based thermal power plants are being replaced with renewable power plants like hydel power plants, nuclear power plants etc. Government of India is working on around 8 environment friendly and sustainability schemes. Polycab India Ltd. is also contributing to this drive by bringing products and adopting renewable manufacturing processes, like Green Wires which are green, ecofriendly, sustainable and safe. Solar panel installations augment green energy resources to fulfil the power requirements.

After thorough R&D, Polycab evaluated components that would be required to make a wire energy saving, while reducing the carbon footprints and meeting the global benchmarks set by several regulating authorities and certifying bodies, IGBC being one of them. The IGBC, states the objective to reduce the electrical consumption by 20% by using efficient appliances and electrical equipment. Going by the size and quantity, the wiring network is arguably the biggest installation in any building, and it contributes a lot to the energy consumption of a building.

The insulator of green wire has a technical nomenclature of HR-FRLSH-LF. It has a major component of Type C PVC compound which is Heat Retardant, Flame Retardant, generates Low Smoke, has very low Halogens and is Lead Free. The Heat resistant property of wire helps to prevent the insulation from degradation as well as it subsides the heat from conductors to environment, which prevents the wire from getting over heated and thus controlling the increase in temperature. As the temperature is controlled, the resistance, which is a function of the temperature is also prevented from going up, and thus this leads to even lesser generation of heat. Heat is the major source of energy loss from electrical wirings, which is reduced by up to 20% by the use of Green Wires. Due to its extended conductivity, advanced heat retardant capability and use of premium Type C grade PVC, the operational range of Green Wire is -15°C to 85°C where a normal branded wire has an operational range of up to 70°C.

In addition to the operational capabilities, the insulation crafted for green wires are completely recyclable and thus the need to dump it in landfills should never arise. The wires are RoHS and REACH compliant. For being RoHS and REACH compliant the insulation must have elements like Cadmium, Lead, Mercury, Chromium etc. under a prescribed safe limit. This makes green wire safe for building occupants as well as for the installation engineers, subsequently due to lack of carcinogenic materials, the occupants stay safe from the risk of cancer. The advanced raw materials used in Green Wires enhance the stability and lifetime of the product. Manufacturing of Green Wires takes place in a green zone. Due to this there is no external contamination, thus keeping the product as well the environment safe.

Indian renewable energy :The way ahead

Customer and employee centricity is our focus as we navigate…

Schmersal Group expands in India with another subsidiary for…

Vedanta Aluminium and GEAR India to Deploy one of India’s…

Quality Assurance through NDT is their forte, Arora…

Electric cylinders combine power and dynamics with the…