Better POWER for all 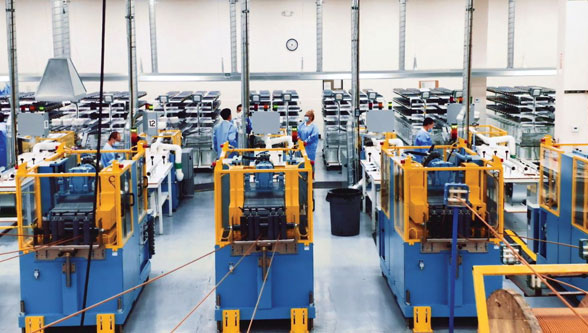 Only recently, CTC Global’s ACCC® conductors made Amercian Electric Power (AEP) the winner of the 2016 EEI’s Edison Award, the electric power industry’s one of the most prestigious awards. With the help of Power Engineers, Quanta Energized Services, General Cable and others, AEP completed the largest live line re-conductoring project in the US using ACCC® conductor. Finishing eight months ahead of schedule, AEP successfully doubled the capacity of two 120 miles long 345 kV circuits running from Corpus Christi, Texas to the lower Rio Grande Valley. Excerpts from the interview:

Q. Could you provide an overview of the company’s global operations?

Q.What are the company’s India operations? Does it have a manufacturing facility for ACCC® conductors in India? If so, kindly provide details.

Currently, CTC Global’s office in India supports business development, sales, customer service, engineering support and installation support. We currently have authorised three leading conductor players for manufacturing of ACCC® conductors in India who support local projects and also the ones in neighbouring countries such as Bangladesh. We do not currently produce ACCC® core in India. 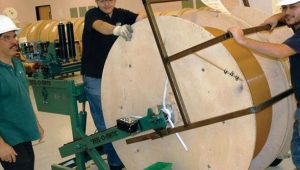 Q.Could you brief us about the background, development, patenting and commercialization of the ACCC® conductor?

The ACCC conductor was developed in response to a growing international desire to improve the efficiency, capacity, reliability and resilience of the electric power grid. In 2003, for instance, the eastern region of United States and Canada experienced a major blackout that was caused by inaccurate telemetry data, computer glitches, poor communications between operators and high-load conditions during a heat wave that caused excessive conductor sag leading to cascading sag-trip outages. The ACCC conductor mitigates thermal sag and can carry twice the current of conventional conductors.

CTC Global holds several international patents, including in India, that relate to the ACCC conductor’s carbon fiber composite core, methods of manufacture, hardware and other elements. The path to deployment was very arduous, time-consuming and expensive. Fortunately, we established excellent relationships with key utility customers, groups such as EPRI, numerous labs and universities and were able to commercially deploy the ACCC conductor in 2005. Since that time, we have completed over 650 ACCC conductor installations in 50 countries in every imaginable environmental condition.

Q.What are the advantages of ACCC over ACSR?

The ACCC conductor incorporates a hybrid carbon and glass fiber core that is not only twice as strong as steel (and much lighter) but also offers a very low coefficient of thermal expansion to mitigate conductor sag. The lighter weight core also enables the incorporation of about 28% more aluminum which not only helps increase capacity but also serves to decrease electrical resistance and associated line losses. Reduced line losses not only reduces operating costs, fuel consumption and associated emissions, it also frees-up generation capacity otherwise wasted. This fact was independently verified by SCS Global Services, a third-party lab that focuses on environmental issues. With technical losses in India approaching 20%, these aspects offer huge advantages, which is why we have already completed over 75 projects in India in just a few years. The ACCC conductor is easy to install, ideally suited for industrial, agricultural and other corrosive environments, and can handle very long spans due to its greater strength and resistance to vibration and cyclic load fatigue. 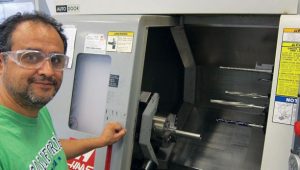 Q. How many conductor manufacturing partners do you have in India? Could you highlight some of their achievements using this product?

Currently, CTC Global works with Sterlite Power Transmission Limited and Apar Industries Limited, and we recently added Gupta Power Infrastructure Limited to our authorised manufacturing partner list. We have completed projects for Tata Power, Torrent Power, UPPTCL, MSETCL, PGCIL, KPTCL, OPTCL, WBSETCL, Cairn Energy, TS-Transco and others in voltages ranging from 22 to 220 kV. ACCC® conductor has already been selected for more than 100 transmission line projects across 16 states in India. Out of the 75+ completed ACCC conductor projects we have seen long spans, river and mountain crossings, densely populated areas and more, just as you might expect in such a large and diverse country.
In 2014, India’s capital city experienced several major power outages. As a result, the strengthening of intrastate transmission and distribution system was given highest priority by the India and Delhi governments. The ambitious plans for system improvement for stable and reliable supply for Delhi included upgradation of 220 kV lines with HTLS conductors. Three 220 kV lines were subsequently upgraded with ACCC conductor and the implementation of the program was monitored at the higher levels of state and central governments.

Q. What is your analysis about the use of ACCC conductors in India in the coming years?

Electrification in the country is increasing due to schemes like Deen Dayal Upadhyaya Gram Jyoti Yojana (DDUGJY), Integrated Power Development Scheme (IPDS), etc. Increasing electrification and per capita usage will drive growth in power consumption which in turn will call for more use of conductors like ACCC for enhancing capacities of the existing transmission and distribution corridors and also further help India achieve its climate change goals vis-à-vis the Paris agreement.

CTC Global believes that the ACCC conductor offers several attributes sorely needed by Indian electric power providers. We have the ability to increase the capacity of existing ROW’s without the need to replace or modify structures and the ability to tackle efficiency problems like no one else. We continue to broaden our product offering to support the improvement of the distribution sector and are seeing more utilisation of ACCC conductor in higher voltages, as well. These include a number of very significant projects globally in the 345, 400 and 500 kV ranges, including DC lines. 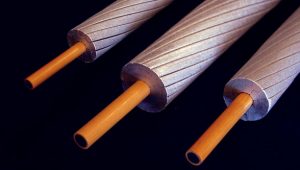 Q.What are the factors that will trigger growth for CTC Global in India?

As per US Department of Commerce’s International Trade Administration, India’s energy consumption is expected to grow 4.2% per year for the next two decades, overtaking China as the world’s largest energy growth market before 2030. India is continuing its ‘Power for All’ program to ensure uninterrupted, quality and affordable power. As India continues to upgrade its transmission and distribution network, the ACCC conductor will play a vital role in increasing power transfer capacities of existing corridors (ROW) and also help reduce India’s AT and C losses which are still at staggering 19.80% level according to the Indian government’s UDAY program. The ACCC conductor technology is well-understood, thoroughly tested and proven to deliver high performance at a very competitive cost which would not have been possible without our first-class Indian manufacturing partners. Together, we have delivered on our promises and have gained tremendous respect from the industry as a leader in the high-performance conductor market. And, there is still much work to be done to improve the efficiency, capacity, reliability and resilience of the electric power grid in India.

Q. What are the company’s short-term and long-term strategies for India?

Our short-term goal is to continue to support our customer’s objectives as efficiently and economically as possible. We continue to attract new utility customers and are securing projects that might have otherwise considered other HTLS conductor alternatives. Our long-term goals will most certainly include the development of an ACCC conductor core manufacturing facility in India, as well. 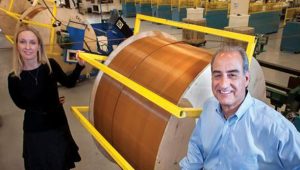 Q. Does the company carry out research and development projects specifically for the India market?

Absolutely. We look forward to sharing more about this in the coming months.

Q. What are the challenges that the company faces in India?

As is true worldwide, our utility customers are very conservative by nature. It is not an easy task to secure new customers and expand our product offering without significant effort, testing and deployment history. While we are beginning to see Chinese copies entering the market, we expect to stay busy enforcing our patent rights, not only to respect our investment in developing the technology, but also to protect the market from the ramifications of a failure by something illegally labelled as ACCC that doesn’t match our performance criteria or product specifications, substantially validated by extensive testing and field experience.

Q. Which are the sectors that the company is keen to have a footprint in?

We expect to grow our position in the 33kV +/- distribution sector, as well as in the 345 to 1,000 kV (AC and DC) EHV-UHV sectors. In any case, our number one goal is to serve our customers in any way we can, and we truly appreciate all of the support we have been given thus far.

Solution in torque transmission by KTR

How to get the most value from digital technology in…

Fronius India has set up another Fronius Innovation and…

ISEE 2022 to give a new fillip to the Elevator Industry

Do India have international standard testing facilities for…

How data solves many industrial problems