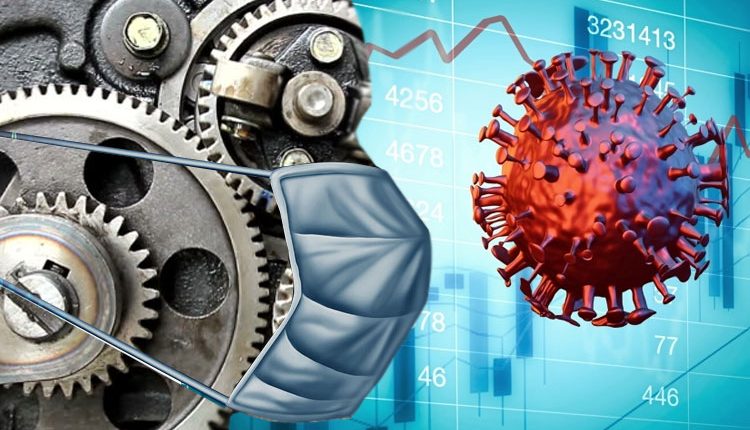 Last month i.e. April, 2021, there has been 15 per cent decline in recruitments, according to official data. Unfortunately, the manufacturing sector has accounted for the largest part of this decline. The Indian Manufacturing sector currently contributes 16-17 per cent to GDP and gives employment to around 12 per cent (2014) of the country’s workforce. Various studies have estimated that every job created in manufacturing has a multiplier effect in creating jobs in the services sector. In a developing country like India, where employment generation is one of the key imperative issues, this makes this sector a critical one to achieve inclusive growth. It makes sense that manufacturing is rightfully at the centre of the Prime Minister’s vision for Make In India (MII), which is aimed at increasing contribution of manufacturing to GDP to 25 per cent. With the intent to achieve this objective Prime Minister Narendra Modi introduced Make In India on September 25, 2014.

Various factors like robust domestic demand, a growing middle class, a young population and a high return on investment, turned India a credible investment destination and presented the country as a lucrative opportunity to manufacturers, the MII campaign has proved to a unifying factor with a holistic approach to take India to a new level of economic growth.

According to official statistics, Indian manufacturing sector was estimated have a two per cent GVA growth in fiscal year 2020, compared to nearly seven per cent in the previous fiscal year. This downturn was possibly the result of the economic slowdown, compounded with the effects of the COVID-19 pandemic. However, the market size of the manufacturing industry is expected to increase by 5.9 per cent in 2021.

So far, India has stood out as a country which can be a potential manufacturing powerhouse that has yet to realise its promise. Between 2006 and fiscal year 2012, Indian manufacturing sector grew at an average of 9.5 per cent per year. However, over the next six years till 2018, the growth declined to 7.4 per cent. In 2020, manufacturing contributed 17.4 per cent of India’s GDP, little more than the 15.3 per cent it had contributed in 2000. (Meanwhile, Vietnam’s manufacturing sector more than doubled its share of GDP during the same interval.) And over the past 13 years, India’s manufacturing-sector’s share of employment increased by just a meagre one percentage point while there was a hike of five-points in the services sector.

Despite all odds, manufacturing has emerged as one of the high-growth sectors in India. To augment this, Prime Minister Narendra Modi, launched the ‘Make in India’ programme to place India on the world map as a manufacturing powerhouse and give global recognition to the Indian economy. The government intends to generate 100 million new jobs in the sector by 2022.

The Gross Value Added (GVA) at basic current prices from the manufacturing sector in India grew at a CAGR of five per cent during the period FY16 — FY20 says the annual national income published by the government. Manufacturing’s GVA at current prices has been estimated at US$ 397.14 billion in FY20.

According to many stakeholders, in spite of strong headwinds, business conditions in the Indian manufacturing sector continue to seem promising. The manufacturing sector’s share in the IIP stood at 129.8 during FY20. Remarkably strong growth was recorded in the production of basic metals (10.8 per cent), intermediate goods (8.8 per cent), food products (2.7 per cent) and tobacco products (2.9 per cent). The index of the eight core industries of the Indian economy stood at 131.9 in FY20.

According to the Ministry of Statistics & Programme Implementation, India’s industrial output, measured by IIP, rose by 3.6 per cent y-o-y in October 2020.

Towards the end of last year in October 2020, India’s manufacturing sector recorded a significant rise for the third consecutive month, with manufacturers boosting their production to the highest extent in 13 years in the middle of a handsome sales growth.

Riding on the Make in India drive, India has started travelling on the path of becoming the centre for hi-tech manufacturing as global giants such as GE, Siemens, HTC, Toshiba, and Boeing have either already established or are on the way to set up manufacturing units in India, attracted by India’s market of more than a billion consumers and an increasing purchasing power.

During the period of April 2000 to March 2020, total Foreign Direct Investment (FDI) in India’s manufacturing sector reached US$ 89.40 billion. The Indian Government in May 2020, started allowing higher FDI in defence manufacturing under the automatic route from 49 per cent to 74 per cent.

Global manufacturing output growth of 8.3% in 2021