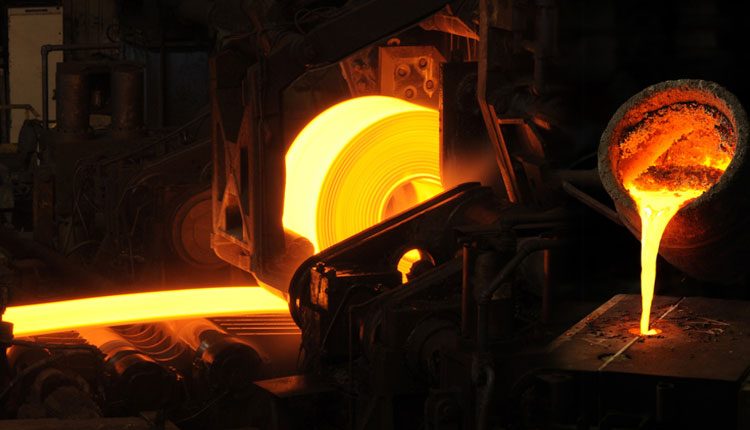 Contemporary forging and casting industries are strong players with a great economic and commercial clout. It is expected that in the year 2020, forging will be the cost-effective, preferred process by which metal components of superior quality, integrity, and performance are produced for critical and demanding applications. In France, which is the 3rd largest manufacturer on the European market, they represent a turnover of more than seven billion euros and employ more than 38,000 talented men and women passionate about their job.

It is expected that the American forging industry will become the global leader through materials development and utilisation, process application, energy efficiency, environmental responsibility, and effective utilisation of human resources. Cooperation across the industry and collaborative efforts between forging companies, suppliers, universities, and government laboratories, will enable the U.S. forging industry to maximise its resources in the development and application of advanced technology. A forge plant in the days to come will provide a working environment that is safe, clean, and environmentally benign. The plant will be highly automated with fully integrated processing equipment that controls processing variations and produces high-quality products of superior consistency and dimensional control.

Various industries depend on forgings which include automotive and truck; agricultural machinery and equipment; valves, fittings, and petrochemical applications; hand tools and hardware; off-highway and railroad equipment; general industrial equipment; ordnance and marine; and aerospace.

The forging industry had been looking forward to this year for quite some time with an awareness of the business and technical challenges that will shape its future. Primarily, the following factors are shaping the business community of the future:

Post lockdown as manufacturing gradually picks up and several emerging sectors open up new opportunities, the more than $18 billion Indian foundry or casting industry is looking to double growth rates.

The sector, which has been reporting a growth of five to seven per cent in the last few years, is expected to clock 13-14 per cent growth in the next couple of years, said top industry officials.

The targeted growth rate pan India is 13 per cent to 14 per cent as compared with about five to seven per cent currently. This is due to Make in India and other efforts made by the government to rejuvenate the economy, said an industry veteran who recently organised the 65th edition of the Foundry Congress.

The growth in the agriculture sector, auto industry, and the earth moving industry has opened new avenues. When the mines reopen, business is set to grow, he added.

The industry was passing through a tough time a couple of years ago with many units shutting down due to lack of business. But now, there is optimism.

“The bloodshed has stopped. During the days to come there will be more opportunities and people have understood that they would focus on technology as new opportunities are going to provide growth,” Anil Vaswani, President, Institute of Indian Foundrymen (IIF), said.

There seems to be a sense of positivity despite the industry being hit by demonetisation and the effect of GST. Along with new opportunities, we are doubling the growth targets, Vaswani added.

It is expected that the growth would come from agriculture, infrastructure, water pipes, wind turbines, automotive, railways, defence and oil and gas sectors, industry players said.

Dr Devaraj went on to add that the money coming into manufacturing will drive the growth of the foundry industry and should also help in employment generation.

Stakeholders said the first two years of the NDA government did not deliver any major infrastructure projects. However, in its second term the government has actually settled in and kick-starting infrastructure development, they said.

It’s expected that there would be large orders from the railways as more than 2,000 locomotives are to be manufactured in India. Besides, new rail tracks also provide opportunities for the casting foundries.

As farming gets more mechanised to improve yield and double the income of farmers as set by the government, casting and forging will play a crucial role. The budget’s thrust on farmers will definitely help the foundry industry.

The Union Government’s decision to supply clean drinking water to every village will also enhance business for the sector.

Thousands of kilometres of pipes will be laid and the pipes will need a lot of fittings, valves and controls. These will give a boost to the casting industry for the next 5 years, sources said.

Organisations in the sector are expecting a huge boost to their exports as well.

The Indian casting industry caters to only four per cent of the global market. India can scale up the exports further and can achieve six to seven per cent and will be almost doubling the capacity. Hence, there is huge potential for exports.

However, in spite of the opportunities, the industry is faced with several challenges and these need to be addressed on a priority basis.

Primarily, the challenge bogging the industry down is lack of resources for technology upgradation and access to quality manpower.

If India gets better prices in the market, it will be able to upgrade the technology. Unless the foundries get the right prices, investment will not come. Similarly, it is important to pay more to attract talent and earn more to make it attractive for the next generation to join the business.

In order to do that organisations need to upgrade the technology and make their foundries clean, non-polluting, and provide worker-friendly environments.

Indian players are facing huge quality issues in the export markets but if Indian exports go up the industry can play a far greater role in the economy.

In India, the cost of fuel and power is almost double that from China, Germany and even Turkey. It’s imperative that the government has to address this problem to make India internationally competitive, say industry players.

The benefits of an all-in-one solution

Festival of Nations: Thermal Images to Protect Against…