Indo-German Trade in Engineering Sector in 2019 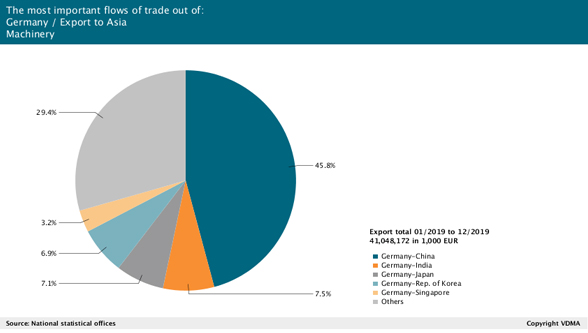 Germany is the 7th largest foreign direct investor in India. Germany’s total FDI in India from April 2000 until June 2018 amounted to US$ 10.99 billion. There are more than 1700 German companies active in India and over 600 Indo-German Joint Ventures in operation. German investments in India are mainly in the sectors of transportation, electrical equipment, metallurgical industries, services sector (particularly insurance), chemicals, construction activity, trading and automobiles.

India ranks 15th globally, in the list of top 50 destinations for the German Mechanical Engineering exports. In 2019, the total import of machinery from Germany reached a volume of € 3.07 billion. This was a drop by 8.6% compared with the same period of time in the previous year.

Among the machinery sectors, major demand of German equipment was for Power Transmission (11.6%), Plastics and Rubber Machinery (6.9%), Machine Tools (6.9%), Valves & Fittings (5.3%) and Air Handling Technology (5.1%). There are other sectors like Construction Equipment & Building Material Machinery, fluid power equipments, Textile Machinery and food processing & packaging, which are growing steadily in India. 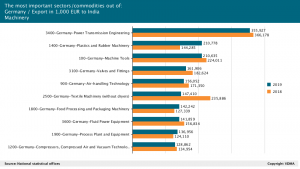 Out of the total export of German Mechanical Engineering to Asia of € 41 billion, India is the second largest sales market in Asia for the German engineering industry, with a share of 7.5%, after China (45.8%). In 2019, India imported machinery of the value € 24 bn globally. Germany is the 2nd most important supplier to India globally, share of around 15%. 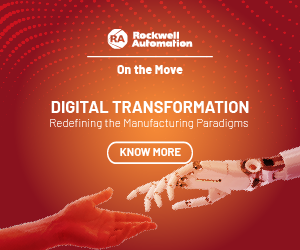 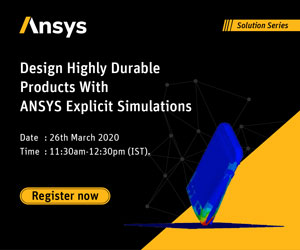