IoT to play critical role in post-Covid recovery of industry 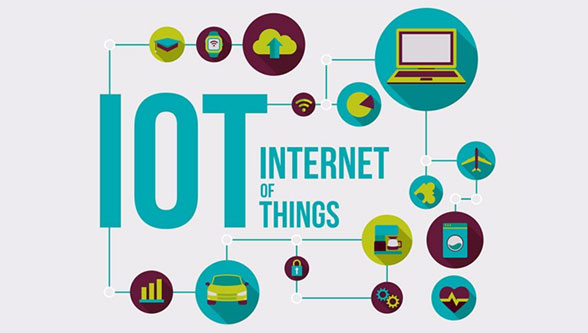 As the contagion took over the world, the rules of living life changed. Businesses of all types radically changed their dynamics. One of the first sectors to benefit from the pandemic is the Internet of Things (IoT). IoT has already been playing a crucial role in industrial activities and it will have an even bigger role in the days to come.

Just like any other crisis, the COVID-19 pandemic has also proved to be a catalyst for change. The strictures imposed by the global pandemic have forced us to evaluate every possibility, from remote working to touchless delivery to automation and many more. And these developments led to the Internet of Things (IoT) devices, sensors, scanners and other connected solutions becoming a necessity. As the pandemic forced almost all businesses to change their working practices and priorities in a matter of weeks, research reports and numerous use cases have further substantiated that IoT is becoming a catalyst for business continuity during challenging times and will continue thereafter.

An IoT spotlight research report of Vodafone 2020 says that IoT has played a vital role in supporting business continuity as the COVID-19 pandemic hit companies across the globe. The international study covering nearly 2000 businesses in 13 markets including India showed that more than three-quarters of respondents have increased the pace of IoT projects during the pandemic.

Essentially, adopters of the technology believed IoT was vital to keep them going, with 84 per cent indicating that the technology was key to maintaining business continuity during the pandemic. As a result, the study showed 84 per cent now viewed the integration of IoT devices with workers as a higher priority, and 73 per cent agreed that the pandemic would accelerate their adoption plans.

The study also showed that IoT continues to generate value and return on investment (ROI) for adopters, and 87 per cent agreed their core business strategy has changed for the better as a result of adopting IoT.

“IoT has grown up. It’s no longer just about increasing return on investment or providing cost savings to businesses – it’s changing the way they think and operate,” said Erik Brenneis, Internet of Things Director at Vodafone Business.

Says Ashvin Vellody, Partner, Deloitte Touche Tohmatsu India LLP, “for businesses across the globe, numerous IoT use cases exist for most industry sectors where IoT, along with other exponential technologies, is powering operational efficiencies, latest business models, and smarter and sustainable communities.”

“With the proliferation of connected devices and evolving AI capabilities, the applicability of IoT is set to expand for businesses, consumers, and citizens,” says Vellody.

With the emergence of IoT applications in diverse verticals, enterprises can now leverage the use of innovative technology to accelerate digitalisation and create new opportunities.

For instance, IoT applications can help eating joints attest to food quality in real time, municipalities may start deploying smart meters, employees may have to work in a more remote yet connected setup, and automatic disinfectants may be a norm in public places such as hotels, shopping malls, gyms and movie halls to improve air quality and cleanliness.
Already the healthcare and wellness industries are developing innovative applications with wearables for remote monitoring, disease prediction and diagnosis. Additionally, the agriculture industry is also experimenting with more efficient irrigation and soil monitoring through connected IoT technologies.

But what’s proving to be a barrier to the increased adoption of IoT is a lack of vision and short-term value realisation, lack of right talent and skills for implementing and maintaining IoT ecosystem. Another challenge is with its large bandwidth and low latency, 5G network is uniquely suited for IoT connectivity.

Besides, technical challenges of connectivity, compatibility, interoperability, and cybersecurity are the other key barriers to IoT adoption in India. IoT needs a healthy ecosystem of vendors, OEMs, and service providers. Connections between devices and systems are a recurring challenge for implementers. One of the major reasons contributing to failure of IoT implementation is the interoperability between systems.

Even from the business point of view, IoT deployments have exhaustively boosted employee productivity (49%) and improved customer experience (59%). Moreover, IoT data is also considered as becoming essential to support decision making in businesses (59%), and the majority of adopters (84%) thought that IoT would allow them to do things they couldn’t do before. IoT data was also helping 84 per cent of businesses meet their sustainability goals.

As per the latest IDC report, spending on software and hardware related to IoT is projected to grow rapidly across the world, from $726 billion in 2019 to $1.1 trillion in 2023. Further, the report reveals that Asia-Pacific accounted for most of the spending on IoT in 2019, with India spending $20.6 billion.

There is no doubt that IoT is at the core of digitalisation and enables new ways of functioning and those embracing IoT believe that the benefits clearly outweigh the risks. Especially, this year, IoT has been critical to businesses and has made remarkable difference for adopters, widening the gap even further between those who have implemented this technology and those who haven’t. Organisations that have failed to adopt IoT within five years will have fallen behind, meaning IoT can create sustainable, long-term, competitive advantage. In spite of the challenges of 2020, businesses expect that IoT will play a key role in the future success of their business.

For instance, a customer, on average, pays Rs 14 as a logistics cost for a bar of milk chocolate they buy for Rs 100 in India. Due to the incorporation of IoT in the supply and delivery process, this cost stands at Rs 9 in developed countries like the US. This in turn means, for a chocolate company client there is a potential to save Rs 5 for every Rs 100 and automatically make the product cheaper for a common buyer.

This is just one example highlighting the critical role that the Internet of Things (IoT) can play in the supply chain in the future. It’ll be the same story in the other sectors as well in the days to come.

Immense effort, innovation required to bring manufacturing back on rails

As spectrometrists we only say what we can do, and always do…

Green growth is the future of manufacturing

The Benefits of Polyurethane in Today’s Machinery…