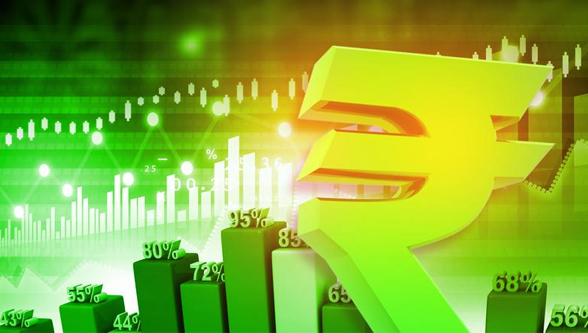 The Micro, small and medium enterprises sector is the backbone of any economy. This has been recognised as a universal fact. Starting from the United Nations to the European Union, everyone has realised the immense potential of this sector to combat poverty and fight inequality. However, the Indian Government’s Tughlaqian move to demonetise all high-value currencies on the night of November 8, 2016, has spelt untold misery for the sector….
Article by Arijit Nag

Micro, small and medium enterprises (MSME) are identified through certain parameters viz. staff strength, investments, turnover, etc. This MSME sector is considered the backbone of the Indian economy and contributes substantially to the national GDP. As per the annual report of MSME ministry 2017-18, the sector, which has a huge network of 63.38 million enterprises, contributes more than 28 per cent to the GDP and employs around 111 million people. In terms of volume, the MSME sector stands next only to the agriculture sector.

The importance of the MSME sector is self-evident from the data mentioned above and if given the right push, it has the potential to contribute even more. Recently, MSME Minister Nitin Gadkari said that in the years to come, it will be his endeavour to raise the contribution of the MSME sector to 50 per cent of the country’s GDP.

That said, there is still a lot to be done to enable the sector to reach the position Mr Gadkari is talking about. One of the ways that MSMEs can grow further is through a digital transformation where business owners are willing to use the latest technology in their daily operations to drive efficiency, accuracy, innovation and reduce turn around time. Despite the fact that MSMEs have started realising the benefits of the digital mode, still, the adoption hasn’t been up to the desired levels.

However, the MSME sector has been devastated to a great extent after demonetisation was implemented on November 8, 2016. As this sector depended heavily on liquid cash, the sudden withdrawal of the currency notes with face value of Rs 500 and Rs 1000 practically broke the spine of the MSMEs. It’s been two years since that gargantuan blunder but the sector is still struggling to come to terms with the shock it had experienced on that fateful night.

Earlier this year, the Union government decided to revise the definition of MSMEs on the basis of turnover instead of the existing methodology of classifying them as per cost of plant and machinery. The bill is expected to be introduced in the ongoing winter session of Parliament. However, this has been the bane of the incumbent regime. The ruling regime keeps changing names of places, changing the base year for calculating the GDP, changing the parameters for the MSME units, etc.

However, apparently, the amendments were proposed so as to allow enterprises to invest as much as they want to modernise their plants without the apprehensions of being denied incentives.

As per a Google-KPMG 2017 report, 68 per cent of MSMEs in India are offline, have no digital presence and continue operating with traditional methods and legacy tools, and just two per cent are digitally engaged.

The numbers show that MSMEs are still engaged in old practices and there is no digital uptake, which can be due to various reasons such as lack of awareness, lack of skilled labour, funds, low IT infrastructure, etc.

Incidentally, there’s no denying that going digital opens up many avenues for MSMEs. As per the report, digital MSMEs grow revenues and profits up to twice as fast as their offline counterparts, capture greater efficiencies, communicate effectively, reduce lead time, etc.

In a bid to support the MSME sector for digital initiatives, the Indian government has taken several initiatives such as online filing of taxes (GST), a scheme for promotion of innovation, rural industries and entrepreneurship (ASPIRE), MSE-CDP platform, technology development centres providing skilling on cutting edge technology to MSME and more.

A strong push from the government and private sector can help SMEs to digitalise, increase its contribution to the Indian economy and flourish further.

Whether it is agriculture, manufacturing or service industry, MSMEs are mushrooming in a myriad of sectors across the country. Statistics show that MSME accounts for 45 per cent of the national industrial output and 40 per cent of the total exports of India. It generates employment for 111 million people and creates 1.3 million jobs every year. Given that a majority of India’s population lives in villages and Tier-I and Tier II cities, the MSME sector has also emerged as a key factor to urbanise rural India.

However, in spite of its contribution to the socio-economic growth of India, MSMEs face a number of challenges, which are:

Due to these challenges, the Indian MSMEs are unable to scale to their full potential, rise up to the standards of their international peers and become self-sustainable.

The Indian government has been making commendable efforts to empower SMEs to overcome these hurdles. The National Manufacturing Competitiveness Programme encourages SMEs to adopt information and communication technology tools and applications for their business processes. Then, there is Assistance to Training Institutions Scheme, which provides financial assistance to national level training institutions operating under the Ministry of MSME to strengthen the MSME infrastructure and create entrepreneurship skill development programmes.

NASSCOM, India’s industry association for the IT and IT-enabled products has formed the MSME Council for its MSME members who account for 80 per cent of its total member-base. NASSCOM aims to empower the MSME units to grow to the next level and provide end-to-end assistance in terms of knowledge dissemination, best industry practices, networking, policy advocacy and brand building. The Indian corporate sector is also doing their bit to give a push to the MSME sector in India.

Facebook and Google have launched digital training programmes and events exclusively targeted at digital skill development of MSMEs in India. Many banks have introduced easy finance and credit schemes to help the MSMEs avail capital without any hassles. Some technology companies have also launched bespoke products, services and solutions for MSMEs.

The MSME sector has also gained recognition from the United Nations. According to the United Nations, these enterprises act as the first responders of the needs of the society, provide a safety net for inclusiveness and are a primary driver of poverty alleviation and development. Hence, the United Nations celebrates ‘Micro-, Small and Medium-sized Enterprises Day’ on 27th June every year to raise public awareness of this sector’s contribution to sustainable development.

There are immense opportunities for the Indian MSME sector to grow and thrive. All it needs to do is to adapt to the changing trends and embrace digital skills and, of course, proper government policies.

Article by…..
Arijit Nag is a freelance journalist who writes on various aspects of the economy and current affairs.

Share feedback and join the discussion on the Telegram Group
https://t.me/joinchat/KMczvEawo0Vc8RjV4DdRhQ