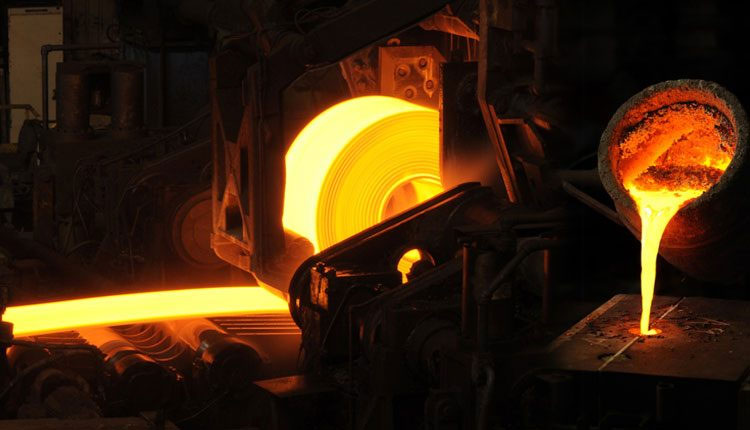 The fourth largest sector in the country, the Indian Automotive Industry is on the upswing and all big producers are relocating their manufacturing in this region to be near the upcoming biggest consumer markets. At present, India is the world’s third-largest casting producer and this ranking should open more opportunities for the casting and forging industry both for domestic production and for exports.

The scourge of COVID-19 has affected the global economy primarily in three ways: by directly affecting production and demand, by creating supply chain and market disruption, and by its financial impact on firms and financial markets. Industry stakeholders monitoring the situation across the globe have observed that the market will generate remunerative prospects for the producers post COVID-19 crisis. They have also provided an additional illustration of the latest scenario, economic slowdown, and COVID-19 impact on the overall industry.

Fundamentally, the manufacturing processes of casting and forging are used to provide intricate shape to industrial components. The primary difference between both the processes is that forging is extensively performed through the usage of iron and steel metal. Incidentally, no industrial product can be considered complete without the processes of casting and forging. Both the processes have been in use since the beginning of the industrial revolution. However, forgings are preferred over casting because of superior directional strength, high impact toughness, fatigue properties, and structural integrity.

Being two of the key engineering segments, casting and forging, have been supplying various critical components to end-user industries such as railways, automobile, defence, aerospace, material handling, construction equipment, and mines. The Indian casting and forging industry have evolved enough to retain its role in accelerating revenue from the auto sector. Huge expansion by way of organic and inorganic growth has been playing an important role in this industry. Forging players are taking initiative to acquire technology, knowledge, experience, and expertise from various sources. The domestic casting and forging industry have upgraded itself to be in sync with the international practices. In view of the enormous potential, frontline domestic players have started building up world-class capabilities by either putting up Greenfield projects or acquiring sick global facilities and turning them around as business solutions for setting up a foreign business in India.

The Indian automobile sector was moving towards a higher growth trajectory before the pandemic struck with robust sales growth across all vehicle categories. The Association of Indian Forging Industry (AIFI) stated a few years ago that in comparison to the usual trend of low production during the months of April-May in a fiscal year, the year 2018-19 saw the industry moving on a continuous higher demand during the first quarter. However, that changed once the pandemic related lockdown was imposed.

Forging is considered an integral part of manufacturing industry. Just like the casting industry, the forging industry also supports economic growth of a country through vital sectors such as automotive, heavy industrial machinery, power, construction and mining equipment, railways and engineering in general.

The focus of the government on the manufacturing sector with initiatives like ‘Make in India’ and ‘Skill India’ has certainly created positive economic sentiments amongst the business community albeit with riders. Many international OEMs and Tier-I players have started setting up purchasing offices in India and looking at procuring quality products.

Indian forging units are typically classified in five broad categories namely, very large (with capacity over 75,000 MT), large (capacity ranging from 30,000 to 75,000 MT), medium (capacity over 12,500 up to 30,000 MT), small (ranging from 5,000 to 12,500 MT) and very small (up to 5,000 MT capacity). However, the domestic forging industry has transcended from being a labour-intensive industry to capital-intensive manufacturing sector. The Indian forging sector has so far invested Rs 28,910 crore in plant and machinery.

India has an annual output of about three million MT and the forging industry has around 400 forging units, of which 83 per cent can broadly be categorised as tiny and small enterprises and nine per cent are medium-sized, the remaining being large scale. The domestic SMEs usually contribute 30 per cent of the forging production while medium and large-scale units contribute the remaining 70 per cent. The total forging production of the country is worth Rs 45000-50000 crore and the forging industry provides direct employment to more than 300,000 people along with an additional 60,000 contractual labourers.

The domestic forging companies are concentrated around the end user locations. For logistic purposes all major forging clusters are generally found in the states of Maharashtra, Punjab, Gujarat, Tamil Nadu, Haryana, Delhi, Karnataka, Jharkhand, West Bengal and Andhra Pradesh. India is the world’s third-largest casting producer. This development should open up better opportunities for the casting and forging industries for domestic consumption as well as exports.

Gradually, the market is opening up for exports. That’s because of a paradigm shift in focus from China to India. The recent focus of the government on the manufacturing sector with initiatives like ‘Make in India’ and ‘Skill India’ has created a positive economic sentiment. The Indian Automotive industry commands 22 per cent of India manufacturing GDP and 7 per cent of India’s overall GDP. Zion, a market research company recently published a report stating that the global steel forging market for automotive applications would reach $56 billion by the year 2022 from $41.77 billion in the year 2016 growing at a Compound Annual Growth Rate (CAGR) of 5.1 per cent between 2017 and 2022.