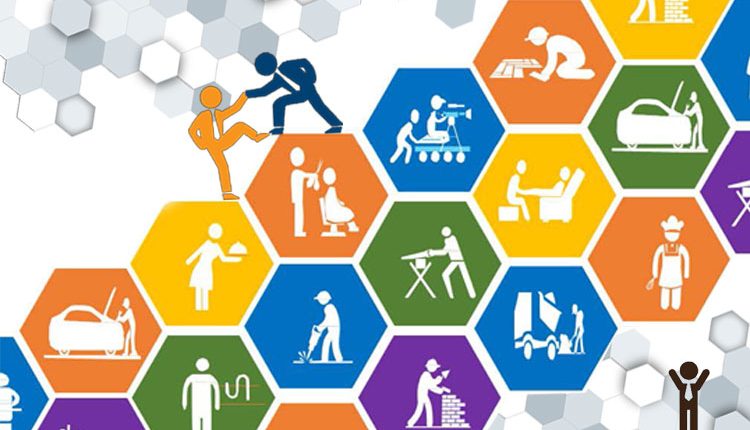 Right now, we are living in turbulent times. However, these aren’t the first time that humanity is facing such challenges but they certainly feel a lot worse than past crises due to an uncanny convergence of events. Practically, anybody can actually claim to have survived more than one crisis in their lifetime. The anaemic European growth of the late eighties, the Asian Tiger implosion of the late nineties which followed close on the heels of the Balkan War, the SARS outbreak and the dismal banking crisis that welcomed us as soon as we stepped into the new century—chaos seems to have been the running background theme of human existence for as far back as memory serves us. Along with all these, the nature of jobs kept changing keeping pace with the developments technically or otherwise. Similarly, skill requirements also underwent a metamorphosis.

The events of the past, though daunting at the time, were ultimately survivable and also proved to be harbingers of change. The shake-ups of history eventually resulted in the emergence of better, more resilient systems. New industries were formed and only the fittest survived. In fact, the birth and death of industries that the last North American recession witnessed, eventually led to new employment opportunities arising that virtually erased the 10 per cent unemployment of 2008 – 09.

But none of the pandemics, crises and disasters in the past led to entire industries getting retired or put on hold for extended periods of time, not unless catalysed by technological disruption.

The scale and impact of COVID-19 are unprecedented. The contagion descended on a world which was already reeling under geopolitical uncertainty, trade tensions between US-China-Europe, Brexit and widespread social unrest.

Against this backdrop, skill development has been considered one of the critical aspects for job creation in India. India has a unique demographic advantage with more than 60 per cent of its population in the young age group. However, in order to get any dividend from such a huge work force, employability has to be improved.

According to available data, only 10 per cent of the fresh graduates are employable and rest of the 90 per cent lack skills required to be hired by the corporate sector. India’s GDP, so far, has been growing at great rate of around 6-8 per cent but job creation is not catching up with it. Yet, as things stand, just 10 per cent of management graduates in India have the skills to deliver in a real job scenario as per a 2017 ASSOCHAM study.

The Prime Minister’s push for skill development is of critical relevance today. A December 2018 report of NITI Aayog revealed that 5.4 per cent of Indian workers have undergone skills training compared to 96 per cent in South Korea and 75 percent in Germany.

The rewards for building this intangible asset are not limited to productivity alone. Upskilling and reskilling also offer the additional advantage of expanding the range of choices available to people. Rewarding their lifelong education and learning also improves morale and reduces employee turnover.

Particularly, the sunrise industries of logistics, health, education, E-retail, and food processing have the potential of high-yielding opportunities and must increase emphasis on human resource development.

Quacquarelli Symonds, which publishes the QS world university rankings, released their Top 1000 list of institutes from all over the world recently for 2021. Merely three Indian Universities made it in Top 200 list. There wasn’t a single Indian university in the top 100 universities of the world. And the three institutions were IIT Bombay, ranked at 172nd position, IISc Bangalore is at 185th position while IIT Delhi is at the 193rd position. Additionally, in The Times Higher Education World University Rankings 2020, not a single Indian university made it to the top 300 list.

Perhaps one can say that the world rankings are biased against India due to transnational impact, it may be untrue due to geographical differences. If this is the case then why India’s unemployment rate continues to hover above 24 per cent as per the Centre for Monitoring Indian Economy (CMIE)?

The Global Business Coalition for Education’s 2030 Skills Scorecard focuses on these concerns. It states that by 2030, India will have the highest number of secondary school graduates in South Asia, but nearly half of them will lack the skills to enter the job-market. In addition to that, economist Shamika Ravi says that the Skills Scorecrad reveals a lot about the quality of Indian education; too many engineers and other professionals are waving around degrees that are relatively worthless.

The situation, if not completely beyond repair, is definitely alarming. Setting up of the Ministry of Skill Development and Entrepreneurship was a positive step that the government took and which yielded positive results, too. Pradhan Mantri Kaushal Vikas Yojana (PMKVY), SANKALP (Skills Acquisition and Knowledge Awareness for Livelihood Promotion), UDAAN, and Polytechnic Schemes have drawn out the skills of the marginalised sections of the country. However, a lot more has to be done and government and private educational machinery has to go hand in hand to bring the change. It’s imperative that world class education reaches each student who, as per his or her capacity, will help in carving the future of our nation.

By the year 2030, India will have around 140 million people in the college-age group. Will the country rise to the occasion to deliver a world-class higher education system? If India can bring in world class education into its geography and an educational institute breaks through into the top 100 best educational institutes of the world, then this will be landmark achievement in itself. And it is possible! We have the largest English-speaking youth population in the world helping it overcome all sorts of communication barriers. In other words, international faculty members can be invited to train students and teachers in India to transfer key knowledge and skills and improve education at large. This will, in turn, produce skilled manpower which will be a huge asset in the days to come!

Linear systems from igus as space-saving solution in…