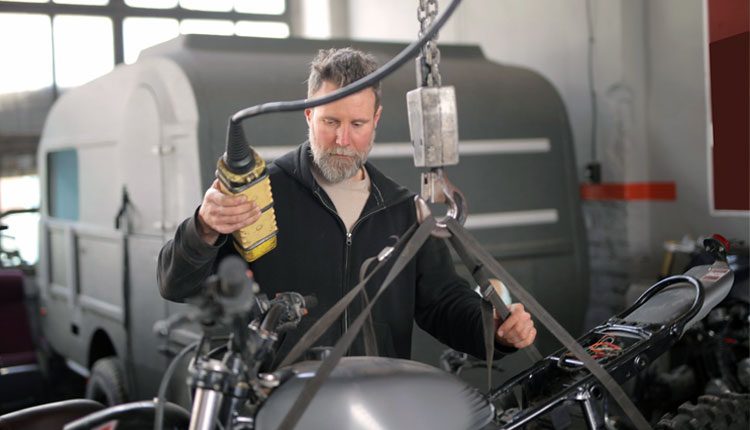 Many of today’s industrial machines run on hydraulics, and this equipment requires hydraulic oil to transfer power within it. However, if that fluid gets contaminated, it could cause component failures and costly downtime.

If dirty hydraulic oil flows through a system with numerous actuators, there’s a higher likelihood of dealing with an extensive issue that takes longer to pinpoint and fix.

Here are some actionable strategies for staying on top of hydraulic system maintenance and keeping critical machines running as they should.

Something most people don’t realize before learning otherwise is how easy it is to mistakenly introduce contaminants into a hydraulic system. For example, one common situation occurs when a worker sees oil has leaked out of a machine and notices it on the equipment’s exterior. They’ll assume it’s OK to put it back into the machine. People who don’t realize the consequences of that action think they’re reducing waste with their decision. However, the human eye cannot detect contaminants. Most individuals can see particles of approximately 40 microns across, but oil pollutants are typically about 4 microns.

An associated point is that even new oil must get filtered according to the manufacturer’s directions. Doing that almost always makes the resultant liquid finer than that found in a drum. Since this is a crucial step for helping a machine run properly, oil should not be put back into a hydraulic system once it has leaked out.

Investigating how to improve employee training is a practical way to reduce hydraulic oil contamination. It won’t remove the risk completely but should substantially reduce it. Posting signs around equipment or tips to keep pollutants out of the system can remind workers what they can and should do or avoid to keep machines functioning properly.

Understand the Hazards of Environmental Factors

Recognizing how certain environmental conditions can increase the contamination risk is also key to curbing it. For example, storing hydraulic fluid in a waterproof container is, by itself, not sufficient to keep moisture out of the liquid. Water can enter via exposure to wide temperature ranges.

However, storing an outdoor container of hydraulic oil on its side prevents water from accumulating on its top. Keeping the reservoir tightly sealed is another simple strategy that prevents moisture from getting inside. Throughout history, water was often the primary hydraulic fluid. However, engineering improvements have revealed it’s often not the best choice.

In areas where the humidity is high enough to pose risks, additional measures, such as installing relief valves and high-efficiency desiccators, can prevent the weather from causing contamination.

Similarly, if people use hydraulic equipment in very hot climates, the high temperatures can speed the natural breakdown of the oil before it’s replaced. Staying mindful of environment-related issues that are most likely to affect hydraulic systems is the first step to mitigating them.

When selecting transformer oils, people often choose specialty varieties based on their needs. For example, there are 100% renewable, bio-based options that align with sustainability priorities. Similarly, people can buy hydraulic oils formulated to prevent or promote certain things. Some types reduce environmental effects on the liquid, while others have additives that resist oil-thickening effects.

No matter which kind a person uses for a given system, improper care shown during hydraulic maintenance could negate the positive effects normally associated with the oil. Whenever someone opens a system for upkeep or repair, there’s a risk of ingressed particulate matter. This encompasses any kind of contaminate not generated within the equipment. Examples include sand, dust and dirt.

A related tip is that people should never ignore leaking seals on their hydraulic equipment. What may seem like a minor issue is a reminder that if liquid can come out, contaminants can enter.

Statistics indicate that people could save as much as 90% of the costs to remove fluid contamination later by taking the proper steps initially. That finding highlights how taking preventive measures and showing overall cautiousness are valuable in reducing future complications.

Ensuring that the environment is clean before opening the system is a good starting point. People should also be careful of particles falling into the system while it’s open. Working with a service provider that is well accustomed to the necessary precautions of hydraulic system maintenance is a smart decision that can help equipment last longer overall.

Hydraulic oil has a finite life span. Using it beyond that range increases the likelihood of contamination. As the fluid ages, it breaks down into components — some of which can interfere with performance if left unaddressed. Following a manufacturer’s instructions for when to change the oil is an easy way to keep equipment running as expected and reduce the chances of extensive downtime.

It’s also critical that people do not mix two or more types of oil in a single system. Like the earlier example of introducing oil back into a system after it leaks out, mixing can cause contamination before people realize the ramifications of their mistake. Mixing ingredients from two types of oil could cause chemical corruption. It occurs if the oils have incompatible chemicals that react with each other in unwanted ways.

Someone may think there’s no issue with mixing two types of oils, especially if they are new to working around hydraulic equipment. If a facility’s supplies of one kind are low, but there’s plenty of another, workers may want to use up the last of one fluid and top up the system with another. However, reminders of the hazards of this help people learn and remember what not to do.

Hydraulic oil pollutants come from numerous sources, which stem from humans, the environment and general use of a machine. There’s no single step that removes all these risks. However, staying educated about how contaminants could enter a system and how to reduce that possibility will enable you to keep machines running as expected.

Emily Newton is the Editor-in-Chief of Revolutionized. She has over four years experience covering the industrial sector.

The journey of Success

Fifty Percent of our production goes to exports

Meccalte India : The legacy of excellence in alternator…

DEP expands its presence in Canada

Use of Single Use Technologies (SUT) for sterile Dosage form…