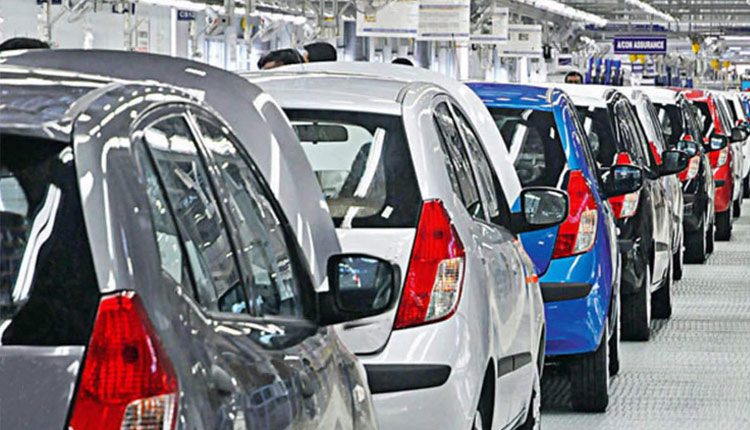 The Covid 19 second wave left a trail of destruction in its wake. The auto industry was limping back to normalcy but with the virus striking back things again went out of hands. The intermittent lockdowns also didn’t help matters and led to blood-letting in the industry. However, all is not lost yet and the industry stakeholders think the situation is likely to change next year.

Many of the top automakers that reported monthly sales a couple of weeks ago said the weeks of pandemic-forced plant closures hit them hard. It is needless to say that the economy is in turmoil and sales were further dampened by job losses eroding spending power and by the work-from-home policies eliminating the need for travel.

The unexpected onslaught of the Covid -19 second wave has resulted in an almost complete washout of sales in May 2021 for the automobile sector. During the peak of the second wave of Covid-19 in the summer, sales of new vehicles plunged as auto plants and many dealers were forced to shut down.

Several major automakers which reported monthly sales a week ago said the weeks of pandemic-forced plant closures hit them hard. The economy is in tatters and sales were further dampened by job losses eroding spending power as well as by the work-from-home policies eliminating the need for travel.

In spite of healthy order-books for most of the OEMs, the industry leaders Maruti Suzuki, Hyundai Motor and Tata Motors reported a sharp slump in passenger car sales on sequential basis because of supply chain constraints caused by localised restrictions and shortage of semiconductors.

During the month of May, almost all the OEMs had stopped production, advanced their annual plant maintenance schedules or operated at limited capacity to make better use of the lockdown period.

Maruti Suzuki posted a pandemic-fuelled 75 per cent decline in domestic wholesales at 35,293 units last month compared to 1,42,454 units in April. The auto manufacturer had to shut down production from May 1 to 16 to supply oxygen for medical use.

“The company had also witnessed disruption in production due to the lockdowns in May 2020. As neither of the two months had normal production, the May 2021 the production volume should not be compared with that of May 2020,” Maruti Suzuki said in a statement.

Tata Motors passenger vehicle sales in the domestic market were at 15,181 units in May with a drop of 40 per cent from that in April this year.

Passenger vehicles seem to have performed better than the other segments on the strength of a sustained demand momentum and inventory build-up. However, analysts expect that the car market may see recovery after an extended shutdown, which would help the auto industry to get back on track.

As the second wave of the pandemic penetrated the rural areas this time, it eroded the revival prospects of the two-wheeler segment. The segment came under heavy pressure in the domestic sales. Incidentally, for some of the bike manufacturers, including Royal Enfield and TVS Motors, exports proved helpful and they managed to performed better than others. These companies also happen to be relatively better placed to navigate the slowdown in the domestic markets and outperform their peers.

Hero MotoCorp faced disruption in production as operations at all its manufacturing facilities across the country remained shut between April 22 to May 16. However, after following the strictures imposed by the respective states, the company resumed operations in three of its plants in Gurugram, Haridwar and Dharuhera and operated single-shift operations on May 17, which was followed by the other three in Neemrana, Halol and Chittoor on May 24.

The bike maker from South India, Royal Enfield, posted 20,073 motorcycle sales in May, against 48,789 sold in April this year. Its domestic sales grew by about 60 per cent to 7,221 units last month on a m-o-m basis. The other bike manufacturers like Bajaj Auto and the Chennai-based TVS Motor reported 52 per cent and 60 per cent m-o-m decline in their domestic sales to 60,342 units and 52,084 units respectively.

However, even in the midst of all this devastation, automakers are expecting a turnaround towards the mid of Q2 and foresee strong growth in the second half with easing of lockdown and the support of pent-up demand. The recovery hopes, however, rest in large part on the expectation that the distribution of Covid-19 vaccines will speed up in the next couple of months after a slow start in the recent weeks.

Munish Aggarwal of Equirus Capital, said, “the sales figures for May are a one-off phenomenon since large parts of the country were under some kind of lockdown to mitigate the Covid impact which further led to most auto OEMs opting for planned shutdowns and maintenance of units. But as the Covid restrictions are gradually easing, we believe June will witness healthier numbers and the sector should be back to normal in July.”

Analysts also expect that widening vaccination rates and restart of economic activities should enable consumers and businesses to return to a more normal range of activities, lifting the job market, consumer sentiment and auto demand.