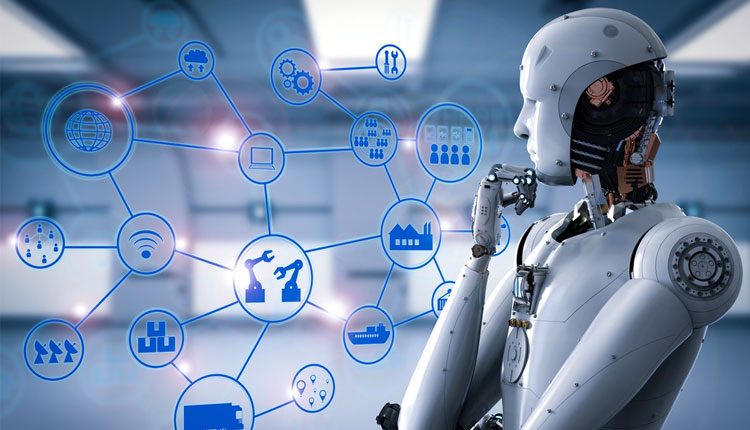 A large number of investments are recorded in the robotics domain due to the increased demand. According to the World Robotics report from the International Federation of Robotics, indicated that the investments in new car production capacities and modernization of industrial spaces had driven the demand for robots. Factors such as the development of energy efficient drive systems and high competition in all major car markets have enabled investments across major happening economies. The automotive industry is considered to be one of the most critical applications of industrial robots owing to significant increasing investments in industrial robots across the globe.

The Global Robotics Market was valued at USD 27.73 billion in 2020 and is expected to reach USD 74.1 billion by 2026, registering a CAGR of 17.45%, during the period of 2021-2026, curbing the COVID-19 involved utilization of various robot technologies such as cleaning and disinfection service robots. Increased hygienic demands opened this new niche for service robots. As a result, many manufacturers registered new disinfection robots in 2020. Companies delivering food as well as other purchases are facing a growing demand. Following this ever-increasing interest, the worldwide growth of food and medication delivery robots is expected to be observed in 2021. This demand would also drive the demand for robots supporting last-mile deliveries.

Asia-Pacific: The next destination

The Asia-Pacific region is expected to witness a significant growth rate over the forecast period due to the substantial adoption of robots. Further, South Korea and China are dominant in adopting robotics due to the massive electronic and automotive manufacturing industry deployment

Furthermore, governments across the Asia-pacific region have been implementing initiatives to improve their healthcare infrastructure. This will encourage medical facilities in the region to replace traditional open surgeries with laparoscopic procedures. For instance, medical facilities in Japan have already commenced replacing conventional open surgeries with minimally invasive techniques, single-incision procedures, and robot-assisted surgeries.

The trending Robotics-as-a-Service (RaaS) business models lower the hurdle for customers for automating with the robots. The benefit is not to invest in the hardware, so the companies have no fixed capital, no fixed costs, and no need for the robot operators. Warehouse solutions for major e-commerce companies have been strongly driven by the use of logistics systems in non-manufacturing industries. A strong potential can also be found in hospitals that are running their logistics with the help of professional service robots. In the segment of professional service robotics, about 90% of sampled logistics robots were produced in Europe and North America, and about 10% in Asia.

The robot market today is mainly based on product-centered sales concepts. In the future, traditional procurement of industrial robots can be expected to become less important and the business models will shift the focus toward leasing or even pay-per-use. This paper discusses how these new business models should be designed and what components and features are needed for successful implementation. Digitalization, circular economy, cultural barriers, business traditions and fear of new philosophies are investigated and put into the context of the advantages offered. A possible transformation process is set into the context of the product-process matrix.

With integration of artificial intelligence and other improvements in robotics (e.g., better machine vision, better sensors, etc.), robotics promises to see significantly improved pricing and performance over the next decade. As a potentially new general-purpose technology, a central question is whether and how robotics will impact production processes, particularly in such globally traded sectors as manufacturing. The last major technology wave, driven by information technology, was largely decentralizing in nature, enabling the geographic distribution of far-flung supply chains to the periphery in search of cheap labor. Will the next wave of technology innovation based on robotics have the opposite effect, enabling a reshoring of manufacturing to the core? This paper examines the nature and prospects of robotics and associated production technologies, reviews the literature on their impact on spatial dynamics, reviews recent data on robotic adoption, including controlling for robot adoption rates by domestic worker compensation rates, and speculates on future trends in the spatial distribution of manufacturing.

There is both considerable excitement and trepidation about the so-called “fourth industrial revolution” and its ability to power growth around the world. (This paper eschews the term “fourth industrial revolution,” because it is a misleading and overly simplistic term—if anything, there have been at least six major production technology systems since the late 1700s, not four. The more accurate term is the “next production system.”)

While there are many important questions about the next production system, including the timing of impacts, the nature of the technologies involved, and the effects on industries, labor markets, and productivity, one critical question is how its impacts will likely differ between developed and developing economies. The short answer is that while both developed and developing economies will benefit from the next production system, developing economies will likely benefit less, in part because their lower labor costs provide less incentive to replace it with technology, and because the new production systems appear to enable shorter production runs, smaller factories, and higher productivity—all of which should enable reshoring to higher-wage nations.

As the next wave of technological innovation emerges, interest in technology’s role in international affairs appears to
be growing. But much of that focus is on product technology (e.g., smartphones, commercial jets, automobiles, solar panels, etc.) rather than on process technology (“machines” to improve how a good or service is produced) that enables automation.

As robots and other autonomous systems continue to improve in functionality and decline in costs going forward, their likely impact on productivity will be even more significant. At least six technologies look like candidates to comprise the next innovation wave: the Internet of Things, advanced robotics, blockchain, new materials, autonomous devices, and artificial intelligence. Perhaps artificial intelligence and robotics are the most important. Artificial intelligence has many functions, including but not limited to learning, understanding, reasoning, and interaction.10 And easy-to-program, dexterous, and relatively affordable robots could enable automation of a range of functions in agriculture, manufacturing, and services.

While these technologies are already in the marketplace, all are generally too expensive and ineffective to be widely
adopted enough to drive higher rates of economy-wide productivity growth. This is why, for example, despite the excitement over “Industry 4.0” technologies, they do not appear to have been adopted on a large scale, as evidenced in part by most manufacturers in developed nations appearing to be in the very early stages of adoption.11 Likewise, while there is considerable excitement about machine learning software systems, their current capabilities remain relatively limited—notwithstanding some promising early applications. Fully autonomous cars that are safe and sold at a price point most consumers can afford are likely at least 15 years away.

It is not clear why some countries lead and others lag. Wage levels are not the only factor. Robot adoption differs by industry, with the automobile industry generating the largest demand. Depending on the country, the industry accounts for 30 to 60 percent of total robot adoption. Yet many of the lagging nations—including Brazil, Canada, France, Germany, Italy, Russia, Spain, Sweden, and the United States—have robust automobile industries relative to the size of their manufacturing economies.20 And China scores well in overall robot adoption despite having a relatively small automotive sector (on a per-GDP basis) compared with the rest of these nations.

Industrial relations may also play a role. For example, some argue that one reason South Korea is so far ahead is its industrial unions are quite militant, engaging in strikes and other work stoppages on a fairly regular basis, particularly in the auto industry.25 In response, many of the “chaebols” (large, usually family owned, business conglomerates) have turned to robotics as a way to ensure more production stability.

Government policies also appear to play a key role. Some of the leading countries have established national strategies to support robotics innovation and adoption. In 2014, Japan established a goal to realize a “new industrial revolution driven by robots,”while South Korea enacted its Intelligent Robot Development and Promotion Act.26 Japan has also established public-private robotics research and development (R&D) partnerships, which one study found were highly effective in spurring robot development.27 In contrast, the
United States lacks a national robotics strategy.

Many will argue that these future occupational automation patterns are problematic, and cause individuals with lower incomes to be more at risk. While true, if this occupational impact pattern occurs, the occupational profile of advanced economies will by definition shift to one with a higher share of middle- and upper-wage jobs (as lower-wage jobs are automated at higher rates and therefore employ fewer people). This would result in relatively fewer lower-paying jobs and more higher-wage jobs—a plus for many workers now employed in occupations whose wages remain low and stagnant. The reason behind employment shifting to more middle- and higher-wage jobs is not necessarily intuitive. As more lower-wage jobs become automated, the prices of the goods and services still produced by the lower-wage workers also declines in relative terms (were there no associated cost savings, firms would have no incentive to employ technology to boost productivity). These savings result in consumers across the income spectrum spending more on other goods and services—with the employment generated by this added production in industries with low-, middle-, and high-wage jobs. Thus, added demand creates more middle- and higherwage jobs.

Moreover, the fact that many workers in low-wage jobs are overqualified suggests that at least some workers now holding these jobs have enough skills to move relatively easily into higher paying, moderately-skilled jobs.75 In most developed nations, there is a modest share of workers with college degrees who are employed in jobs that do not require one. Although some are in these occupations by choice, many others settle for these positions because there are simply not enough available jobs that require a college education. On average, these workers should have an easier time transitioning to newly created middle-wage jobs than workers with less education and skills. To be sure, this doesn’t mean it will be easy for all dislocated workers to transition to better jobs. For them, there is an urgent need to improve policies and programs to boost skills, especially of workers in low-wage jobs. 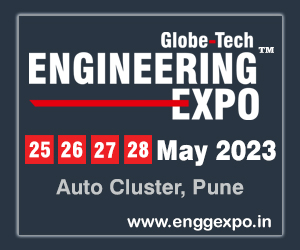