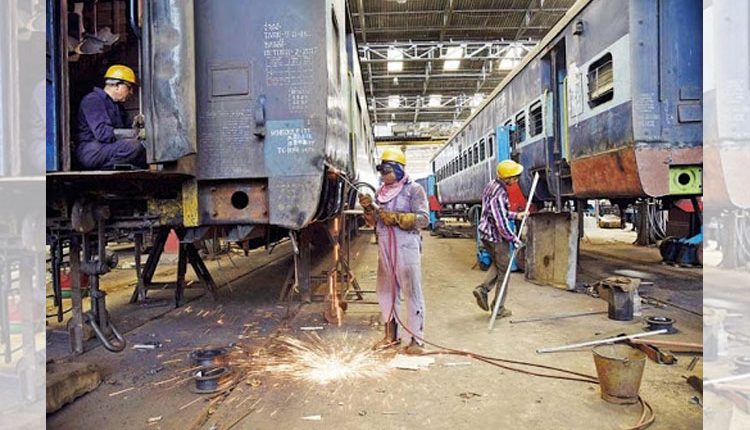 The single most important agency in India’s infrastructure has been the Indian Railways with its vast network of railway tracks expanding for many years. Additionally, the Calcutta (the oldest metro rail in the country) and Delhi Metros are the finest examples of highly complex engineering techniques being adopted to lay an underground railway in the densely built-up areas of Calcutta city and over the ground in New Delhi. Special trains viz. Rajdhani, Shatabdi, Duranto, etc have been a great achievement on the part of Indian Railways so far.

Keeping pace with the economic growth welding technology was introduced in the country and with this technological advancement Indian Railways has emerged as a major pillar of the economic growth. In a recent report released by the railways it has been stated that the investments in rolling stocks, especially in wagons, would be witnessing manifold hike as compared to the investments, made in the earlier years. As a result, use of welding consumables and equipment should also witness a drive in its production. In order to effect major changes to the designs and types of coaches and wagons myriad materials are expected to be used which are also on the cards.

Traditionally, the repair workshops and sheds of railways were dependent upon the use of shielded metal arc welding (SMAW) process and oxy-acetylene gas welding and no standard code was available for the consumables or for the process or procedures. 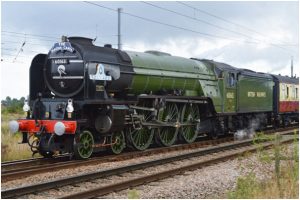 During the fifth decade of the last century; however, there have been numerous changes due to the increasing popularity of Welding Industries in India and abroad. Apart from skilling and testing of welders, publication of myriad of various welding standards have attained a greater measure of success in setting up a benchmark for the quality of consumables, machines, welded components, the application of welding technology in the industry, inspection and testing of welded components.

Subsequently, enhancements in welding technology have striven for productivity and cutting down on the fabrication cost and also with the setting up of the Chittaranjan Locomotive Works (CLW), welding was accepted as a tool for fabrication on the railways for manufacturing welded boilers for steam locomotives followed by Integral Coach Factory (ICF) for manufacturing of coaches and Diesel Locomotive Workshop (DLW) to manufacture diesel locomotives. When the time came for introducing welding of the boilers for the steam engines, Industrial Radiography was also introduced in 1956 at Chittaranjan for the first time. Indian Railways opted for the Radiography technology to maintain the quality of the welded joints, which were the most crucial part for safety and economy. Once the steam locomotives were phased out, CLW switched over to diesel-electric / electric locomotives, which were also of welded design. Over a period of time, the railways established two more production units namely, the Diesel Loco Modernisation Workshop at Patiala and the Railway Coach Factory at Kapurthala where welding is done on an extensive scale in the manufacturing of diesel loco components and coaches respectively.

For repairing and maintenance of these railway locomotives the Shielded Metal Arc Welding (SMAW) process continues to be the predominant method. Moreover, this process is also majorly used in the fabrication of fixed or permanent installations like platform structures, overhead traction structures, foot-over bridges and similar applications where static and / or dynamic loading is involved.

Subsequently, welding has also been primarily in use for fabrication of several components of higher capacity BOX, BCX, BOI, BOY type wagons.

Initially, SMAW was, generally used for the fabrication of rolling stocks but, lately, its usage has been considerably brought down and only about 50 per cent welding fabrication is conducted through this process to take care of areas which are not accessible to automatic or semi-automatic methods.

It is not at all surprising that eventually, the Indian Railways set up its own specification no. IRS M-28, which takes into consideration classification, testing and approval of electrodes. Also, the RDSO checks and assesses the electrodes used by the railways periodically according to their specification.

BPCL manufactures around 70 per cent of Bharat Metal Cutting Gas cylinders, which is a mixture of propane and methane and is used for cutting in place of dissolved acetylene on the railways. Each BPCL cylinder has a gas content of about 19cu.m gas and due to its adequate quality, inexpensiveness, less toxicity, it has always been preferred the most.

The railways use numerous non-ferrous components and multiple welding processes have been used or welding these components on the railways. Brazing is one of the major processes used for joining Aluminium and Copper tubes for the heat exchangers in diesel locomotives. In this process, silver brazing is worked out for the electronic relays and armatures and also several other non-ferrous metal components.