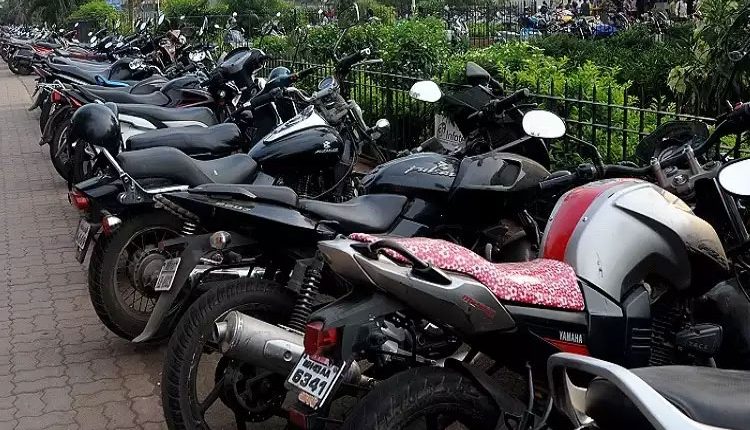 Fortunately, this festive season has brought cheers to the automobile industry, especially, the two-wheeler segment in October 2020 with the domestic sales floating green. In spite of the short-term outlook appearing buoyant, the two-wheeler market is expected to witness an overall contraction in FY21. Incidentally, October has been a comparatively better month for the Indian two-wheeler segment as indicated by the latest data released by the Society of Indian Automobile Manufacturers (SIAM). Analysts have said that it was expected to get a further boost as the festive season extends to mid-November.

Despite the fact that the urban markets continue to struggle with rising numbers of COVID-19 cases, the comparatively less impacted rural and semi-urban markets have enabled a sequential improvement in sales. In August and September 2020, the industry recorded 22 per cent and 19 per cent sequential growth and a Y-o-Y three per cent and 12 per cent growth in wholesale volumes, respectively.

Additionally, there is the changing dynamics of market share in the two-wheeler sector amidst the coronavirus pandemic during which Japanese automakers have ceded their share to the Indian companies.

The segment leader and the world’s largest two-wheeler manufacturer Hero MotoCorp further strengthened its position and increased its market share to 40.4 per cent in FY20-21 in comparison with 36.6 per cent a year ago. Whereas, the Japanese automaker Honda Motorcycle and Scooter India (HMSI) lost its India share by three per cent to 25.9 per cent so far in this period.

Companies such as Bajaj Auto, TVS, Royal Enfield, Suzuki and Yamaha witnessed marginal differences in their market share as compared to last year. Overall, the share of the homegrown two-wheeler manufacturers increased to 67.4 per cent in this fiscal year so far against 64 per cent last year.

Meanwhile, the share of Japanese companies declined to 32.7 per cent from 36 per cent last year. Wide coverage of the rural markets and a large portfolio of entry-level offerings have helped Indian companies to gain market share at the expense of the Japanese firms. It remains to be seen if this is just a Corona virus-induced phenomenon or going to continue in the long run.

Hero MotoCorp singularly dominates the entry-level motorcycle space. Interestingly, Hero has claimed that October 2020 sales numbers are its highest-ever in any single month. The company posted a growth of 35 per cent to 806,848 units owing to a positive turnaround in customer sentiments, particularly for motorcycles across markets.

The first-time buyers in rural areas have been the biggest drivers of growth in this segment, and according to Hero, the demand was such for the entry-level two-wheelers that ramping up supply became a concern.

In the 125-150 cc segment, Bajaj Auto has been the biggest gainer recording an increase of 12 per cent.

As far as the scooter space is considered, the market leader HMSI maintained its pole position commanding over 50 per cent of the market. However, it lost its market share by four per cent in FY21 as compared to the last fiscal year, which resulted in a gain for Hero MotoCorp and TVS Motor.

With the launch of Highness CB 350, HMSI entered in the middleweight motorcycle segment – 300cc and above. It will be quite a stiff challenge to the likes of Royal Enfield Classic 350, and Jawa in the premium bike segment.

Recently, Pawan Munjal, Hero MotoCorp’s chairman, managing director and CEO, had stated that his company would be making forays into the big bike segment as it graduates to heftier and sporty machines that would be ideal for the millennials and also fulfil its desire to enter the developed markets.

As competition has become more intense, Royal Enfield is also beefing up with an aggressive product strategy to protect its turf. Royal Enfield has over 15-20 product actions under consideration for the coming three to five years.

The premium segment has been a great driver of Bajaj Auto sales, but it has constantly been losing its market share for want of new launches. Lately, Bajaj has restricted itself mostly to refreshers of its earlier models.

Bajaj has got into a collaboration with Triumph to manufacture 300-700 CC motorcycles which are expected to hit the market in 2021.

However, rating agency ICRA has said that despite the strong performance, the two-wheeler segment of the auto industry would see a volume contraction of 16-18 per cent in FY21 compared to FY20.

The rating agency had earlier projected two-wheeler sales to decline by 11-13 per cent in the current fiscal. However, the revised outlook is in line with the overall macroeconomic scenario, the COVID-19 demand-supply disruptions, looming income uncertainties and increased cost of ownership of BS-VI vehicles.

However, the two-wheeler OEMs will continue to have strong credit profiles characterised by healthy return on capital employed (ROCE) — average ranging between 18 per cent and 20 per cent — and healthy balance sheets with almost negligible debt and strong cash and liquid investments, the rating agency said.

However, in the urban segments, which continue to be severely impacted by repeated waves of COVID-19, a preference towards personal mobility could push near-term two-wheeler demand. However, these would only help to partially offset the adverse impact of the pandemic.

On the export front, while the long-term drivers remain favourable, the fall out of COVID-19, and volatility in the crude oil price which impacts demand in key markets, remain a near-term negative.

Immense effort, innovation required to bring manufacturing back on rails